Kemmerer Village has received eight LexLin Gypsy Vanner horses through Gypsy Gift: Snow Raven in 2015; Oreo and Mop Legs in 2017; and Bayley, Bambi, Clover and Crimson in 2018. LexLin made its largest donation to date in 2018, donating 58 Gypsy Vanner horses – including four to Kemmerer Village – to therapy centers across the country. The therapy center also received a breeding opportunity through Gypsy Gift in 2015 and raised a Gypsy for equine therapy. The center later named its colt Philip.

Kemmerer Village’s equine therapy program focuses on providing equine-facilitated psychotherapy services to the children in its residential treatment facility. Many of these children have been diagnosed with Post Traumatic Stress Disorder or Reactive Attachment Disorder and begin to learn to build positive relationships through the horses.

Initially, many of Kemmerer Village’s equine activities were unmounted, and its herd was built on retired horses, many of whom had health challenges. However, the program has grown tremendously in recent years, and Kemmerer Village has added a “traditional therapeutic riding” program for children in the community.

“This helps the children who come to ride, as many therapeutic riding programs do. It also gives the residents of Kemmerer Village the opportunity to grow through serving others as side walkers in the program,” Amber Miller, Kemmerer Village Equine Therapist, said. “This is a powerful therapeutic tool. This program also caused a shift in our equine needs.”

The new therapeutic riding program caused a shift in their equine needs, and Kemmerer Village entered the Gypsy Gift contest in 2015.

“We are a much smaller program than many PATH Centers and were unsure of our ability to compete. Our posts and pleas for votes were nationwide and incessant!!” Miller said. Kemmerer Village was “thrilled and amazed” to place 8th that year and were awarded LexLin’s Sapphire Snow Raven. Initially, they had their doubts of incorporating a Gypsy into their program.

“I had not been expecting an untrained two-year-old filly. I had to wonder if this was really the best choice for us given my limited horse training experience. We decided to accept Snow Raven because we had heard so many wonderful things about Gypsy horses,” she continued. “We began to use her in our ground based psychotherapy sessions while working on her training. She quickly became our most reliable mount. What we found with Raven has been true for each of the Gypsies that we have come to love:

-Gypsies love their people and want to please.

-If you establish a good relationship with your Gypsy, you can teach them quite easily without being a professional horse trainer.

-Gypsies are incredibly calm which means that their learning process seldom includes the higher risk behaviors often associated with training other breeds of horses.

-Gypsies require less feed than many other breeds of horses which brings program costs down.

At the Gypsy Gift Ceremony in 2015, Kemmerer Village won the grand prize of breeding to a Gypsy stallion!

“This was exciting but I was still uncertain of my training skills and had no appropriate broodmare. These uncertainties were abated after our first year with Snow Raven. We had to have another Gypsy,” Miller said. “We reached out to Jessica Clark and Eric Barton and were blessed by the arrival of Mop Legs of LexLin – who had been bred to Thomas Bay. Mop Legs became a favorite of the children at Kemmerer Village instantly. Many of our children have had very troubled early childhoods. Giving Mop Legs all the care that she needed for a healthy, planned pregnancy was a tremendous learning experience. This experience continued as Kemmerer Village and Mop Legs gave the same care, love and nurturing to her colt. We named the colt, Philip, after the founder of Kemmerer Village.”

As Philip grew and weaning approached, the children at Kemmerer Village began to process in therapy their own experiences of being separated from their families – a traumatic separation for many of the children at the Illinois facility. They knew then that they needed to keep Mop Legs for the children.

“The horses gave them a safe way to discuss separation issues and their trauma.  I reached out to Eric, asking if he would consider allowing Mop Legs to remain with the children at Kemmerer Village,” Miller said. During this same time, Kemmerer Village entered Gypsy Gift 2017, hoping that if they placed in the program that it would increase their chances of keeping Mop Legs.

“We were stunned and overcome with gratitude when we won Oreo of LexLin and Eric also agreed to donate Mop Legs to Kemmerer Village!” Miller said. “Oreo was also out of Thomas Bay. Our children were ecstatic to keep their beloved Mop Legs and to have Philip’s half-sister! This opened up more discussions with our children as they approached reunification with their families.”

“Any of the earlier apprehensions that I’d had about ‘green broke’ horses were gone! Not only had Gypsy Gift resulted in tremendous publicity for Kemmerer Village – which led to donations to the care and training of our new horses – it had also resulted in my increased confidence that laying the right foundation in a relationship with the right horses makes the rest easy,” she added.

During the 2018 LexLin Gypsy Gift program, Kemmerer Village opened its stables to Bayley and her filly, Bambi (another of Thomas’ offspring).

“Our residents love to watch and help Bambi and Philip learn as they themselves learn and grow in their time living with us. Many of our children come from complex families with complex challenges. Our Gypsy herd/family shows the children that this complexity can be a strength when the relationships are built on a foundation of trust,” Miller said. “Our children are able to discuss family dynamics in therapy through the Gypsy horse family and often ask their families to come meet the Gypsies too.”

“They learn how positive relationships are foundational to success. They witness how trust is earned and experience the complicated process of giving and gaining trust with the horses as well as with the children from the community who come to ride,” she added. “We have seen the self-esteem of our children grow significantly when they are given the chance to assist others and work to instill in them the knowledge that giving is as fulfilling as receiving. That has been our experience and we pray that LexLin shares that experience and is as blessed by the multitude of gifts that they have given us as we are by receiving them.”

LexLin Gypsy Ranch has donated 140 LexLin Gypsy Vanner horses to Professional Association Therapeutic Horsemanship International (PATH Int.) accredited equine therapy centers since 2009 through Gypsy Gift. LexLin expects these 140 horses to facilitate more than 179,775 therapy sessions each year. Over the course of the horses’ lives in therapy, they will impact over 3.5 million potential lives. 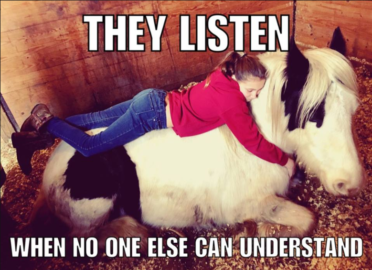 Race of My Life: David Coulthard on the 2000 French GP

As Autosport launches the latest episode in its Race of My Life podcast series, we take a look back at David Couthard’s choice for the race of his life – the 2000 French Grand Prix

Monza has extended its deal to host the Formula 1 Italian Grand Prix, according to the mayor of Monza, to see its contract include the 2025 season